FAMILY OF THE WEEK: RANUNCULACEAE 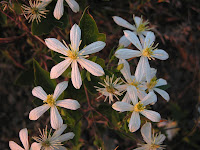 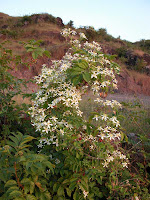 FAMILY OF THE WEEK: RANUNCULACEAE

In India there are 20 genera and 154 species mostly confined to mountainous region.

They are mainly annual or perennial herbs but some are climbers such as Clematis. Some are aquatic herbs. The perennial species usually develop rhizomes and tuberous roots. The vascular bundles in the stem of some genera are not arranged in a ring but are somewhat irregular, recalling the arrangement of monocots.

The leaves are radical or alternate or opposite as in Clematis. Stipules are absent but they often have sheathing bases. Generally they are simple and palmately lobed or divided but they are entire in Caltha, pinnately compound in Clematis and decompounds in Thalicrtum. Aquatic species show heterophylly with submerged leaves finely dissected.

The Inflorescence is variable. Most of the genera show typically determinate Inflorescence. The flowers are solitary terminal in Anemone and Nigella. They form long racemes in Delphinium and Acotinum and much branched panicles in Clematis and Thalictrum. The flowers are generally bisexual, mostly actinomorphic. The flower parts are arranged spirally on an elongated receptacle. The sepals are 5-8, distinct, imbricate or valvate, usually deciduous. The petals are usually five free symmetrical or irregular. The stamens are many polyandrous and spirally arranged. The anthers are adnate dithecous, extrorse and dehiscing longitudinally. The gynoecium is usually of numerous free carpels arranged spirally on a distinct thalamus. The style and stigma are one.

The fruit is usually a group of few to many seeded follicles or a group of one seeded achenes. In Clematis the achenes have long persistent feathery styles. The seed has a copious endosperm and a minute straight embryo.

The flowers are protandrous and are adapted for insect pollination. The dispersal is by wind in many species. Some are disseminated by animals and birds.