FAMILY OF THE WEEK: RUBIACEAE 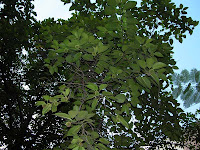 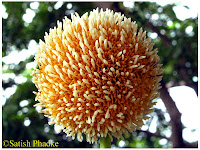 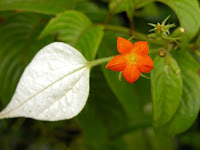 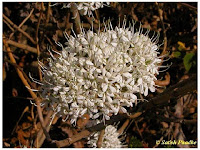 FAMILY OF THE WEEK: RUBIACEAE

Rubiaceae is a large family. In India there are about 76 genera and 274 species occurring chiefly in the tropical and subtropical Eastern Himalayas extending up to 4600 meters and mountains of southern and Western India.

The habit is chiefly woody and the family consists of mostly trees and shrubs.

The inflorescence is basically a dichasial cyme and sometimes the small flowered cymes are aggregated into dense head as in Anthocephalus and Adina. In Morinda even the ovaries of the flowers in the head become fused. Rarely the flowers are solitary as in Gardenia and in Coffee one to three flowers stand in the axil of a leaf.

The flowers are actinomorphic or rarely slightly zygomorphic, bisexual tetra or pentamerous and epigynous.

The calyx is four or five lobed and the lobes are valvate. Sometimes as in Mussaenda one of the sepals in one or more flowers of an inflorescence becomes brightly coloured. The corolla is four or five fused petals and is salverform, rotate or funneliform. The petal lobes are valvate, twisted or imbricate in bud. The stamens are as many as the number of petals and they alternate with them. The anthers are dithecous introrse and opening lengthwise. The gynoecium is usually bicarpellary and syncarpous. The ovary is inferior and bilocular with axile placentation. The style is simple and the stigma is capitates or bilobed.

Fruits and the seeds:

The fruit is usually a septicidal or loculicidal capsule. Sometimes it is a berry(Coffee) or schizocarpic, separating into one seeded segments (Galium)

The pollination is brought about by insects. Sticky fruits and persistent calyx limbs often favour their distribution by birds and animals. Sometimes the seeds are winged and are dispersed by wind.