FAMILY OF THE WEEK: TILIACEAE 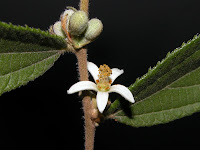 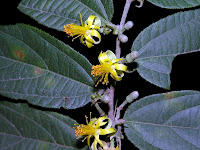 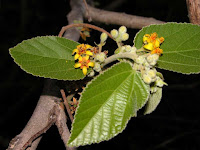 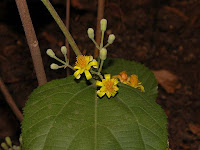 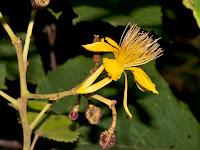 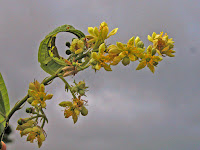 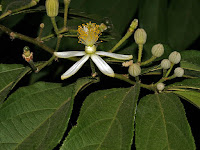 
FAMILY OF THE WEEK: TILIACEAE

Chiefly distributed in tropical and temperate regions, in southeast Asia and Brazil. In India there are 14 genera and more than 110 species, found mostly in warmer parts.

Vegetative characters:
They are mostly trees or shrubs, sometimes herbs. The stems often have strong phloem fibre. The plants are usually covered with stellate hairs.
The leaves are usually alternate, often showing a distinct distichous arrangement, simple, entire or lobed. The blade is usually oblique with the larger side towards the branch. The stipules are free and often caducous and fall as the bud unfolds.

Inflorescence and flowers:
The flowers are usually arranged in cymose inflorescences which are axillary or terminal and few to many flowered. The flowers are complete, usually hermaphrodite, actinomorphic and hypogynous. The calyx is of mostly five, free or connate sepals which are valvate in bud. The corolla has as many petals as the sepals. the petals are free and show imbricate or valvate aestivation in bud. They are often glandular at the base.
The androecium has ten to numerous stamens, arising from a disc; distinct or basally connate in five bundles. The filaments are filiform and the anthers are dithecous, introrse and opening by a longitudinal slit or by an apical pore. In Grewia the stamens are raised by the development of an internode between the petals and the stamens.
The gynoecium is two to ten carpellary with a superior and sessile ovary.

Fruits and seeds:
The fruit is fleshy or dry and dehiscent or indehiscent. the seeds are endospermic with a straight embryo.
Pollination and dispersal:
The pollination is by insects. The fruits of Grewia are edible and the seed dispersal is by animals. In Triumfetta the fruits are adhesive and develop spines and thus attach to humans and animals.